Well, the intent of this post was to link up with a blog party a week ago, but seeing as how I can barely keep us in clean clothes and dishes these days, I'm just going to post it now by myself.

I haven't really posted any before or afters of our house on here.  We bought our house from a family member, and that can be a sensitive situation when you start completely redoing things.  But it's been almost two years since we got the keys, and I want to begin showing some of our progress.  Pretty much none of the rooms are completely finished yet, but we've made significant progress on most of them.

Our family room/playroom is open to the kitchen (it's one long bowling alley room).  We have a bigger TV and our nice couch in the basement den, but we spend a lot of time in here (probably because of the toys).

Here is the before – the day we got the keys.  You walk in our back door at the kitchen and see the family room beyond. 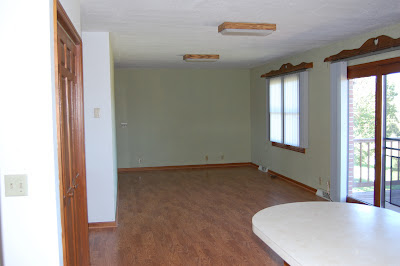 And here it is just a few weeks ago when it was all clean for company. 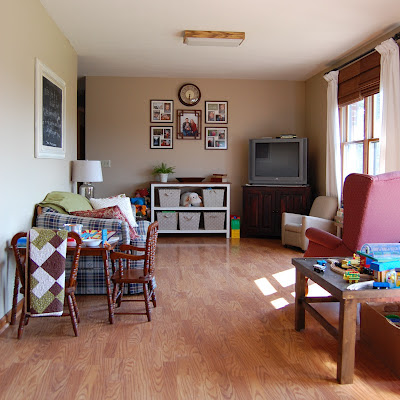 Basically I have found everything for this room because our existing (good) couch from our old house is downstairs in the basement with the big TV.  Accumulating furniture is an adventure when you go from 900 sqft to roughly 3400 sqft.  My final vision is to ditch the green accents have it be white, beige, chocolate, wood tones, with red accents and the occasional touch of orange, aqua, and yellow.

Things we have done: 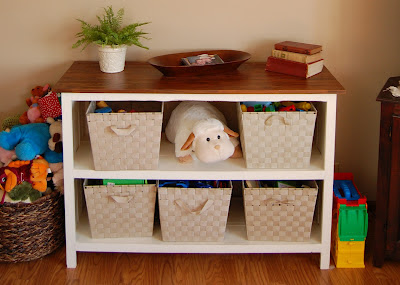 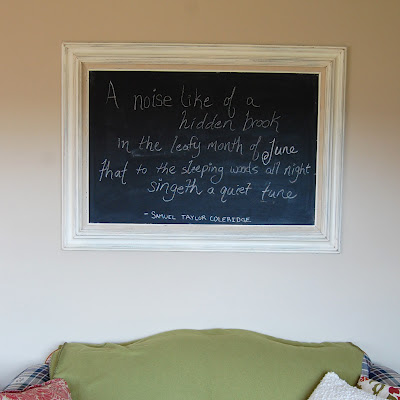 What I still want/need to do:
That looks like a long list, but I think it’s mostly my oversharing details.  I tend to do that.  Seriously, it’s a far cry from just last summer when the only things in the room were my college TV (which has since died), a swivel rocker (in another room now), toy baskets on the floor, and the kiddie table and chairs.  While it’s not my final vision yet, it’s definitely coming along and at least looks halfway presentable now.  Not too shabby, no?

Posted by Rachel at 7:00 AM No comments:

I'm such a horrible blogger.  This summer has been so hectic, life seems non-stop these days.  And we have something new to make life even more crazy . . . 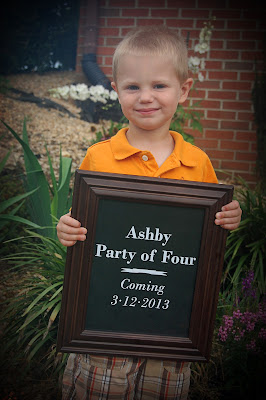 Yes, we are expecting baby #2 in March.  So far it's been very different than with Sam.  More nausea, fatigue, loss of appetite (never had that problem before!), and I am just now starting to feel slightly more energetic.  I'm currently 11 and a half weeks, so hopefully things keep going well.  And I'm really hoping that beginning in September we can really start to work on some projects.  I have a list of things I want done pre-baby, and I've tried (for once) to be realistic and not put too much on the list.  Hopefully with fall and less garden and yard maintenance (and picnics and such) we can get some of these things done.  And hopefully I can get back in my sewing area, because I have three quilts to finish before March (my Farmer's Wife quilt, Sam's big boy quilt, and the baby's quilt). 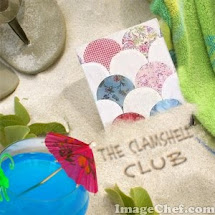